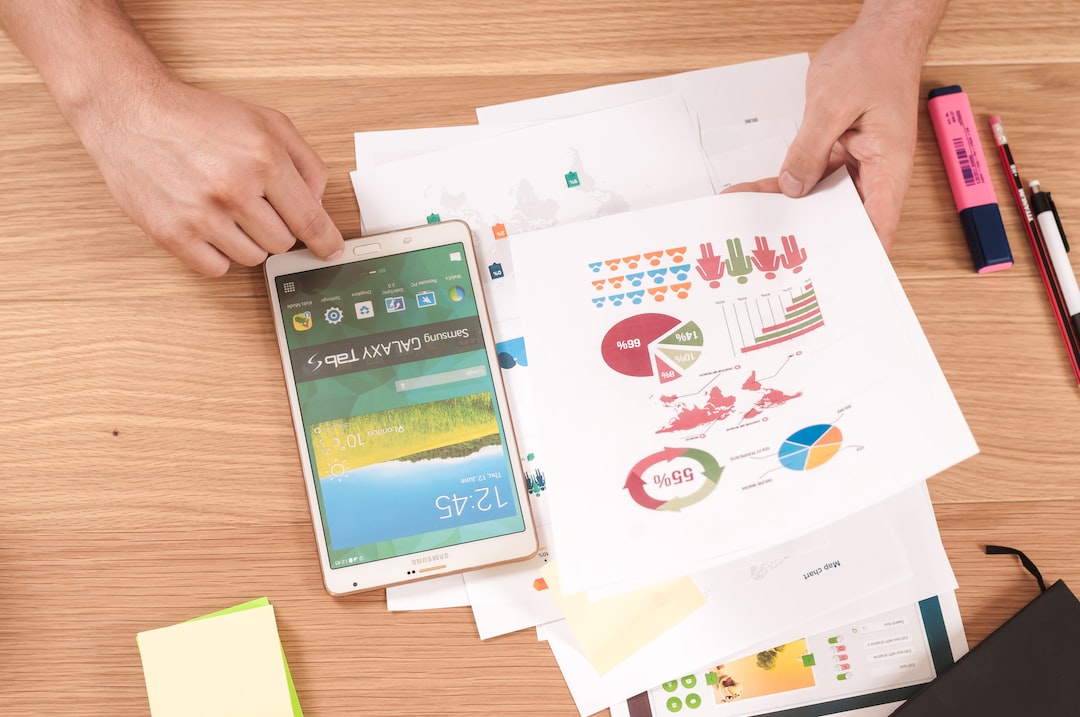 Medtronic (MDT) is a billion-dollar, global leader in medical technology, offering medical devices and therapies to more than 72 million people across 150+ countries. Medtronic—derived from combining terms medical electronics—was formed in a Minneapolis garage by Earl Bakken, who later created the battery-powered pacemaker, and accomplished engineer Palmer Hermundslie. As of 2021, Medtronic has a footprint extending far beyond its Fridley, Minnesota operational headquarters, with locations in Europe, Asia, Australia, Africa, and Latin America.

Boasting more than US$30.1 billion in revenues for 2021, Medtronic offers products that are aligned to its strategy: innovating meaningful therapies, resolving inequities in healthcare access, and delivering value-based healthcare. Medtronic’s four major reporting segments are cardiac and vascular, minimally invasive therapies, restorative therapies, and diabetes. Let’s look at each to see how the company makes money.

Despite noting that the COVID-19 pandemic adversely affected business, its net sales for FY21 Q3 were slightly higher (.7%) than the net sales for the same quarter of the previous year. While net sales in the minimally invasive therapies and diabetes segments increased over the quarter, revenues in the restorative therapies cardiac and vascular segments decreased by $5.9% and 0.8%, respectively. The company noted that these decelerations might be attributed to a decrease in medical procedures in areas that experienced second waves of COVID-19.﻿﻿

Medtronic’s cardiac and vascular unit accounted for $10.47 billion of revenue and $3.72 billion of operating income for 2020, down from $11.5 billion in 2019 and $4.53 billion, respectively. This segment makes, among many other devices, pacemakers and defibrillators. This segment is divided further into subgroups that manage the following types of diseases: cardiac rhythm and heart failure, coronary and structural heart, and aortic and peripheral vascular.

Another heart product in the Medtronic line is the cryoballoon, which freezes heart tissue that’s responsible for irregular beats. Such devices are prohibitively expensive for personal use, although it’s highly unlikely that a patient with an irregular heartbeat would be administering their own cryoballoon anyway. Instead, the devices are sold to hospitals, enabling thousands of patients to be treated.

Medtronic makes other devices that would have been the stuff of science fiction to the eyes of the company’s nineteenth-century founders. This includes cardiac monitors inserted into the body that records electrical activity during fainting spells and palpitations, as well as surgical replacements for diseased heart valves. It’s easy to forget that modern medicine is as amazing as space travel.

Medtronic’s minimally invasive therapies division accounted for $8.35 billion of revenue in 2020 and $3.04 billion of operating income, down from $8.47 billion and $3.26 billion in 2019, respectively. This division has two subdivisions. The first covers vital items that seem less revolutionary than pacemakers and defibrillators—products like staples and mesh and bronchoscopes, which are flexible contraptions that go up through a nostril to afford an examination of the lungs.

The second is the patient monitoring and recovery division, which develops ventilators and resuscitation bags, also falls under the corporation’s minimally invasive therapies unit. Finally, Curity—a maker of gauze, bandages, and sponges—is also a Medtronic brand and within this segment.

Restorative therapies is an unheralded division that took in $7.73 billion in revenue and recorded $2.92 billion in operating income in 2020—down from a respective $8.18 billion and $3.32 billion in 2019—making it Medtronic’s third-largest unit. Its subdivisions include neurovascular, surgery, spine, and neuromodulation. Given that minimally invasive types are accounted for elsewhere, the therapies in this division range from moderately to maximally invasive.

Products include interbody spacers, about which the American Academy of Orthopedic Surgeons says, ”Your surgeon gains access to your spine by removing the bone and retracting the nerves. Then the back of the disk can be removed and a spacer inserted.” Sounds as easy as an oil change.

Medtronic also makes implants for different pieces of the spine, the cervical region requiring more care than the thorax and the lower part of the back.

Bone grafts for degenerative disc disease are a functional lifesaver—a medical necessity. No one thinks of them as a commodity or a brand-name product, but indeed they are, as Medtronic is among the world leaders in the market. For the record, Medtronic’s most popular bone graft includes the proprietary use of a protein that stimulates growth in certain parts of the spine, jaw, and face.

The other branches of the company’s restorative therapy business include deep brain stimulation, which is a developmental means of fighting the progress of Alzheimer’s disease. It’s a breakthrough that’s already been adopted in much of the world, but which, ironically, has been slowed by the bog of regulatory approval in the U.S., although the FDA graciously offers what’s called a humanitarian device exemption for deep brain stimulation, upon certain conditions. Other space-age breakthroughs under the restorative therapies umbrella include blades for tissue dissection and coils administered to treat diseases.

Lastly, there’s Medtronic’s diabetes group, which generated $2.37 billion in revenue for 2020, a slight decrease from the $2.39 billion recorded for 2019. However, the decrease in its operating income was not so slight, falling from $739 million in 2019 to $546 million in 2020. Spurred by the spread of one of the world’s fastest-growing diseases, Medtronic is betting big on helping to manage diabetes and has become known for its insulin pump that continually monitors the levels of glucose in a patient’s blood.

The number of adults in the U.S. with diabetes, or roughly 10% of the population, in 2018, according to the CDC’s Division of Diabetes Translation.﻿﻿

A generation ago, the average diabetics injected themselves with a hypodermic needle and could only hope that the insulin would do its job—let alone track and save data. Today, a tiny integrated system not only administers insulin but suspends its delivery when glucose levels stabilize. The system costs a few hundred dollars, but for conscientious diabetics, that’s a bargain. However, known as the MiniMed 630G, the system is almost primitive when compared to professional-grade cousins that capture real-time data in a physician’s office.

Medtronic continues to expand its portfolio with new medical therapies and devices to those who need them. In 2020, Medtronic acquired London-based Digital Surgery for an undisclosed amount to enhance its robotic-assisted surgery business. This platform joined the Surgical Robotics sector of the Minimally Invasive Group Therapies segment.﻿﻿

The percent of surgeries done robotically around the world.﻿﻿

Also, to advance research and development in diabetes solutions and therapies, Medtronic received over $337 million in funding from Blackstone Life Sciences, a Blackstone Group company. The funds will be allocated to four diabetes programs at Medtronic over several years.

Facing a 10-digit tax liability if Medtronic remained based in Minnesota, the company relocated its legal headquarters to Dublin in 2014 after it bought Irish medical devices company Covidien. After the acquisition, Medtronic became Medtronic plc, splitting its headquarters into two, with the operational side remaining in Minnesota and its legal side registered in Dublin, Ireland.

Ostensibly, the move was the inevitable result of purchasing, but it also allowed Medtronic to take advantage of friendlier tax laws, a practice known as corporate inversion, which many multinational firms choose to exploit.

Such maneuvering of headquarters to keep profits outside the U.S. to avoid taxes has ignited lots of recent debate in Congress over the country’s corporate tax code—and it played a big role in the 2016 election. Consequently, by becoming an Irish firm, Medtronic can now put far more of its cash flow to work—an extra quarter of every dollar.

What Is Medtronic FAQs

What Is Medtronic Known For?

Medtronic is a global producer of medical devices and therapies, such as insulin pumps, pacemakers, and diabetes therapies. Perhaps best known for its revolutionary cardiac devices, such as battery-powered and miniature pacemakers, it also has introduced cutting-edge products into the industry. For instance, in 2016, Medtronic created the first hybrid closed-loop insulin delivery system, and in 2017, it created the world’s smallest spinal cord stimulator implant.

Medtronic is one of the largest medical device companies in the world, serving over 72 million people annually across 150 countries.﻿﻿ With its operational headquarters located in Minnesota, it has more than 350 locations around the world.﻿﻿ Medtronic employs more than 90,000 people, including more than 10,700 scientists and engineers, and over 1,700 clinicians.﻿﻿

What Companies Does Medtronic Own?

Since its inception in the 1940s, Medtronic has acquired dozens of companies and formed many subsidiaries across the globe. In 1999, it acquired Sofamor Danek Group, one of the world’s leaders in spinal care and implants, to expand and support its spine and biologics sector.﻿﻿

A decade later, Medtronic acquired CoreValue LLC to enhance its offerings to patients with severe aortic stenosis. In 2015, it completed its largest acquisition, purchasing Covidien—an Irish-based, global producer of medical devices and supplies. To further advance its robotic-assisted surgery program, it acquired AI pioneer Digital Surgery in 2020.﻿﻿ Other notable companies within its framework include AVE, Surgical Navigation Technologies, Synectics Medical Limited, and Vitatron.

Where Are Medtronic Products Made?

Medtronic operates more than 350 locations, of which 74 are dedicated to manufacturing its products. Most of its production occurs in the United States, in places like Tempe, Arizona, and Puerto Rico, home to four major manufacturing sites.

Check the logo the next time you’re lying prone in a surgical imaging machine. First, it will take your mind off whatever analysis the technicians are conducting on your body, and second, you’ll have first-hand evidence of Medtronic’s importance in a modern, advanced economy. As one of the most technologically adept companies in its industry and also a serial acquirer—it has averaged one acquisition every five months in this decade—Medtronic only gets larger.

The 7 Most Undervalued Dividend Stocks to Buy in February 2023
FUV Stock: The Case for Arcimoto Hitting $5 in 2023
Despite Recent Rebound, BBIG Stock Is Still a No-Go
The 3 Most Undervalued Stocks in India for Your February Buy List
Buy SOFI Stock? Yes! The Bull Case for SoFi Technologies.